Check out our Podcast! 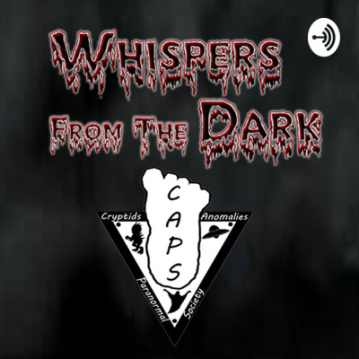 After reviewing reports of multiple strange happenings in the Burlington, WI. area, Barnaby and long time friend, and paranormal investigator, Derek head down to investigate. Soon after, The CAPS team would return to one specific wooded area for a month long investigation that covers everything from Bigfoot, to UFOs, from Fairies, to spirits.
The CAPS team is joined by special guest, and renowned author of Haunted Burlington, Mary Sutherland.

For four years, Misery Haunted House was located in a real haunted building, throughout that time several paranormal investigations were done, and the actors had encounters of their own, relive the stories of the actors and see first hand investigation footage.

From hitchhiking ghosts to the woman in white, brides and grooms trapped in an endless love story, haunted bridges and creepy dead end roads, urban legends come from all corners of Wisconsin, but are these tales based on any evidence? Are these areas high in activity because of tragedies that happened there or is there something else going on? The CAPS team travels across Wisconsin in search of answers.

The CAPS Team ventures to the wilds of Upper Michigan to try to debunk the Paulding Light mystery. While there, the team performs a thorough investigation including Bigfoot, Ghost lights and other spirits.

Both Derek and Cosmic Phathom claim to have the ability to communicate with the other side, but is there any truth to this? We take each of them to a blind location to test their skills, and see if there is any proof to their claims.

The CAPS Team travels to Upper Michigan to spend Memorial Day weekend investigating The Hyden Adventure! After catching a series of 3 Trail cam pictures in 2012 with a strange anomaly in the middle one that some believe is a Bigfoot, Craig sent the images to Animal Planet's Finding Bigfoot, who came out to do an investigation. Craig has now opened part of his property up to enthusiasts who want to view the evidence he has gathered since 2012 for themselves. Our team was granted special permission to spend, not only the night at the Hyden Adventure, but the entire Memorial Day weekend.

Season 2, Episode 5:
The Haunted History of Bean Snappers
On this Episode the CAPS team is invited to investigate a unlikely location for paranormal activity, but the team soon finds out that the building itself has a history dating back to 1877 and a few ghost stories of it's own to share. Join the team as they investigate the haunted history of Bean Snappers gentleman's club.

After a witness recorded a series of strange howls coming from the woods near his apartment in Rhinelander Wisconsin, the team heads north to check it out. After a several night stake outs, hikes through the woods and a months of work, the CAPS team has captured their best evidence of Bigfoot in Wisconsin YET!

After a close call with something across the Pelican river, the CAPS team decides to bring the whole team out for a night time hike through the woods. Before that, the Team meets with a local witness near Rhinelander to hear about the strange activity that he has been having. CAPS also makes a pit stop at Pioneer Park Historical Complex to get some back ground on the local legend of the Hodag and interview some locals.

The CAPS Team travels to Southern Wisconsin and the near by infamous Bray Road for this episode to meet with Lee Hampel, a hay farmer who has had so much unexplained activity on his property it has been compared to the Utah Skinwalker Ranch. Lee's property has the full gambit of activity, from UFOs, Dogman, strange lights, smells, electronic malfunctions, animal mutilations, and the list goes on. Join CAPS as we tackle the mysteries of, Wisconsin's Skinwalker Ranch. For more information check out Lee's Website at https://leehampelshayfield.com/

Returning the the Hyden Adventure to fix and retrieve the van, Barnaby, Ma, and Craig take a walk out onto the property one more time before heading out. The evidence starts adding up, and they find a few things they weren't expecting! Dedicated to Craig Sulk October 31st 1961 - April 30th 2021 Craig and Barb got to preview the episode, and Craig was very happy with it. The last thing he said about the episode was that "The story needs to be told" As you will see in the episode, we have a lot more to the story coming, and there will be a lot more Craig to live on through our work. On behalf of the CAPS TEAM, and Craig and Barb Sulk, we hope you enjoy this episode and we hope you will enjoy the spin off series "Finding Hyden" Unfortunately Craig is no longer with us, but his hard work and passion will live on.

The CAPS Team is asked to document the paranormal activity in a hell house in Southern Wisconsin. The family has been experiencing the full gambit of paranormal from levitating objects, shadow people, voices on recordings, seeing things appear in videos that were not there when the video was taken. The family is about to move out and stay at a hotel, but wanted to make sure that their experience was documented and validated and prove that they were not making it up.

Season 3, Episode 5:
It's Elemental, My Dear

On this episode the team travels to Upper Michigan to investigate the home of two of our newest team member, Rick and Barbara. Barbara had an unsettling experience that led her to invite us all over to have a look at the strange phenomenon that is occurring. This house has it all, built in the 1800’s during the lumber boom, it has more rooms than you can shake a stick at and a hallway with a mind of its own. Objects disappear, things move, people touched, electronics are taken apart, whispers in the night, children in mirrors and more! It doesn’t help that Rick and Barbara have been, and continue to renovate and redecorate which in itself can cause things to act up. Join us as we try and figure out just WHAT is going on here!

On this episode the CAPS team heads to Mountain Wisconsin in search of the illusive Sasquatch. Mountain is the only location Finding Bigfoot searched to date in all of Wisconsin. Our team starts off with a town hall meeting to find recent witnesses and is soon hot on the trail of something lurking in the woods.

On the first episode of season 4 CAPS ROAD TRIP, the Team embarks on the biggest investigation so far, so big, it will take two episodes to cover, and that investigation is the Chicago Mothman sightings! The team travel from Wisconsin, to Chicago Illinois, to Point Pleasant West Virginia in search of the entity known as the Mothman. Join us as we meet with witnesses, talk to other researchers like Tobias Wayland, Allison Jornlin, and Jack Chavez, and conduct our boot on the ground search for whatever is stalking the skies of Chicago.

The Road trip rolls on; The CAPS Team is on the road and on the trail of the Mothman. Our first stop is a recent sighting report in southern Wisconsin where a beast was seen flying over a back country road, then we head to the woods on the outskirts of Chicago to look for signs of life, before heading to the heart of the city and another location of a recent sighting. The road trip goes full circle when we head back to Point Pleasant West Virginia and the TNT Area. If the Mothman is out there, we want to find it.

Season 4, Episode 3:
The Ghosts of Gettysburg

The CAPS Road Trip rolls on, to Gettysburg Pennsylvania. One of the most haunted cities in all the United States, and its only fitting that we release this epic investigation on the anniversary of the Battle July 1-3 1863. A special thank you to After Dark Investigations for their help and our amazing tour guide Clinton! This was one of the most exciting investigations we have done, and the evidence we collected speaks for itself. This episode is dedicated to all those who serve, and those who made the ultimate sacrifice. THANK YOU.

The CAPS Road trip rolls on to Kentucky. Deep below the earth, this adventure takes place 1,000 feet below ground, not in a cave, but in a haunted coal mine! The CAPS Team investigates the haunted Portal 31 Coal Mine in Lynch Kentucky. Lynch was a small town of 10,000 people in its heyday, literally built but the coal industry for the workers of their mine. As the road trip rolls on, Ghost are not the only thing we find in Kentucky… Stay tuned!

Season 4, Episode 5:
Bigfooting in Kentucky with The Turtleman

After "Ma" thinks she saw what could have been a Sasquatch cross the road in Lynch Kentucky, The CAPS team search for evidence. The trail leads them deep into the mountains where Barnaby records unknown calls from a holler. After deciding that they need a little assistance, the team calls in a professional tracker… The Turtleman! Join the team as they continue to search for Bigfoot. 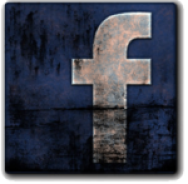 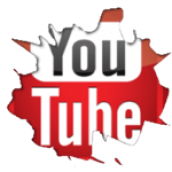 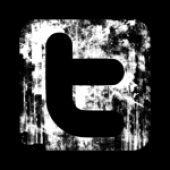 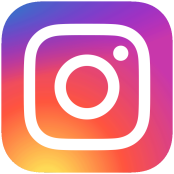 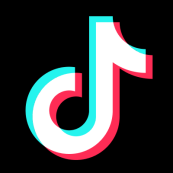 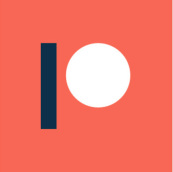 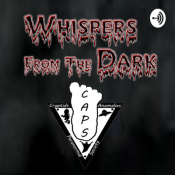