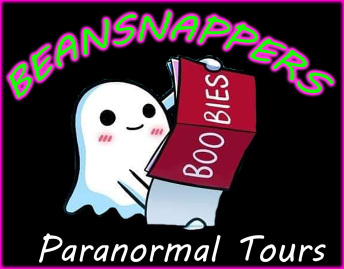 Have you ever wanted to go on a paranormal investigation with a professional team of investigators?

Now is your chance! CAPS and Beansnappers are teaming up!

Investigate a building built in 1877 by Michael Gainor, the building remained in the family, passed down generation to generation until it was purchased in 1993 by Beansnappers.

There have been 4 verified deaths in the building including one of the former owners who unfortunately took her own life, and 3 children who died in a fire when the second half of the building burned.

Staff have claimed everything from a tall man in a hat roaming the halls and back area of the building, disembodied voices, the sound of a bouncing ball as if someone was playing jacks, lights turn on by themselves, objects moving and doors open and close on there own.

Events will run Sunday nights from 6pm till 10pm

Tickets will be limited due to space.

You will receive a tour and information about the buildings past as well as where things have been recorded, and reported to our team.

Then the group will be broken into teams and guided throughout the building to investigate. You will be able to ask your own questions, and bring your own equipment to document what you see and hear (there is one area where photography is not allowed, and well as one off limits area)

NO OUIJI BOARDS ALLOWED, you can bring any other equipment you like! If you have a question you can reach us at wisconsincap@gmail.com

All tours include the main floor (stage, bar, old make up room, hallway) and the upstairs ball room. The Main tour is suitable for most people 18 and up.

Main floor is wheelchair accessible, however the upstairs is not. 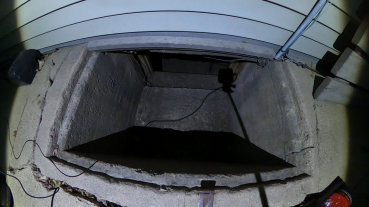 Tours and investigations of the basement are also available on the same dates, however due to the physically demanding entrance of the basement. These tours are NOT SUITABLE for everyone.

To enter the basement, you must enter from the outside and drop down a roughly 3 foot drop, then duck down and drop another 3 feet, once in the basement the ceiling is roughly 5 foot high, and is not finished, the building was built in 1877, the floor is mud in some places and can be very wet and slippery.

The basement tour is very physically demanding. If you do not think that you will be able to enter or exit or if this doesn’t sound like your idea of fun, DO NOT purchase the additional basement adds on ticket.

Tour tickets DO NOT include the basement, you MUST purchase separate and agree that you understand the physically demanding nature of this environment.

Any photography, audio, or video evidence captured during a Ghost Hunt are for PERSONAL USE ONLY!

Any other use of this footage without the written permission from the CAPS TEAM will result in legal action.

1. To deter items being removed, only small camera bags or “fanny packs” are permitted on any one person. Leave any extra items, cases, bags etc... in your vehicle or at the ‘base‘. The Base is a designated area inside, as to where investigators/ teams may come back for a break, leave extra equipment, equipment cases and is also an area where teams may set up DVR equipment/ monitors. You are allowed to exit the building and go to your vehicle at any time. On account of all doors being locked, a CAPS Team Member or Beansnappers staff member must accompany you to and from your car.

2. Smoking is NOT permitted inside the building.

3. No cell phones are permitted on investigations as these may interfere with EMF readings.

5. No Séances or Ouija boards. Use of Ouija boards or conducting a séance will result in immediate expulsion from the premises without refund.

6. Removal, damage, or desecration of any Beansnappers property or photographing of personal items in the dressing room, or pictures in the hall way will result in immediate expulsion from the premises and possible legal action.

8. Intentional scaring of other participants and/or loud behavior will not be tolerated and may result in expulsion from the premises without refund.